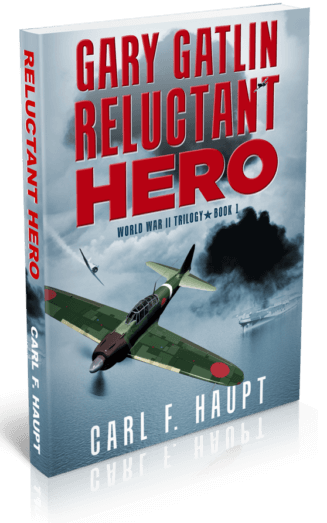 “Loved this book!!Gary is such a true hero at heart, honest and faithful; a person to respect. I kept reading, only stopping for work, ’til the end, wishing it would continue. A different, personal view of history.”

“A wonderful book! My family loved this book. It was a great read. I would highly recommend it.”

“Inspirational story with meaning throughout”
“Love this book! Inspirational with meaning at every turn. Full of obstacles and adventure. Started well and really picked up half way through. Couldn’t put it down.”

Gary pushed aside his fear. As the Brazilian had done, he crouched, hung onto the gunnel, and flexed his muscles. He focused on a spot of the cargo net and timed the rise and fall of the skiff. When he felt the skiff rising, he sprang upward with all his might. His fingers snatched the rope and his body slammed against the hull. He allowed himself one breath of gratitude, then hauled himself up the net. At the top, a pair of hands grasped his coat and dragged him over the railing, where he landed, sprawling on the deck. Without hesitating, he scrambled to his feet and found his balance. 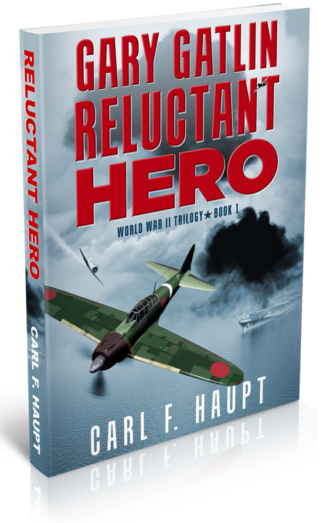 “Love the story”
“I am happy to know Mr. Haupt is planning to write a sequel or two because I want to know what happens next to the main character. It’s a great story. Disclosure: I have met the author, but my opinion is sincere.”

“I could not put the book down.”
“I enjoyed watching Gary grow. How his life began to build at such a young age, where his journey took him and all that was laid before him. I enjoyed the historical input and gaining a better understanding from the characters perspective, the Japanese and Americans. I can hardly wait for the next book to be released as I want to see where the journey continues to take Gary.”

“Great book! Lots of suspense! I enjoyed the character as he seemed like a real person not someone who was made up.”

“A great timeline to the beginning of WWII for the United States”
“Enjoyable [book] about pre-WWII living in the United States and Formosa. Gary goes through many trials and is able to avoid the different threats on his life. I enjoyed the factual events of history. I am looking forward to more factual events of the war and when the boys come home.”

Carl F. Haupt was born in Tucson, Arizona on April 21, 1926. He lived as a hobo during the Great Depression when he was 15 years old. Carl entered the U.S. Navy in January 1944 and was honorably discharged with ARM3C rank. He enlisted in the U.S. Air Force in June 1950 and retired 16 years later with the rank of Master Sergeant. Carl and his wife Sarah started helping locals in Mexico in 1992. They worked in Agua Prieta, a city across from Douglas, Arizona. They helped build over 100 homes and moved 25 donated mobile homes to families in Agua Prieta. They delivered food and other necessities to struggling families. “And above all that we have achieved,” Carl said, “we have met some of the best people that we have ever known.” Carl published his first novel at 93 years old; Gary Gatlin: Reluctant Hero is available now. Profits from the book will be used to help the non-profit organization Angels on the Border.

Angels on the Border 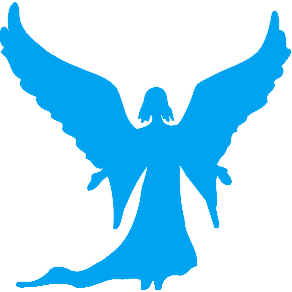 Carl F. Haupt, a 93-year old retired military veteran on a government pension, has become a philanthropist who feeds the starving refugees at the U.S. border in Arizona. From a wheelchair, he works to make life tolerable for those in limbo. Just as he helped to liberate Europe during WWII and fought in the Asian Theater on the other side of the world, today, he and his wife continue, after more than 17 years, to personally help those fleeing poverty and internal strife within their home countries.

At age 15, along with a reported 1 million other boys across the country, Haupt left home during The Great Depression. He was homeless, hitching rides on freight trains, sleeping on the ground and going hungry for days at a time. Eventually, he landed in Los Angeles. In 1944, he joined the United States Navy and served his country for 22 years, including more than a decade in the United States Air Force. He retired in 1966 as a Master Sergeant.

Haupt is a first time author at 93 years old. His novel, “Gary Gatlin: Reluctant Hero” (Dudley Court Press), was inspired by a strange situation in 1987 when he woke up one morning compelled to write for 13 straight hours the story that had come to him through a dream. Now, decades later, Dudley Court Press has acquired his story for release in 2019. All author royalties from “Gary Gatlin” will be consigned to the non-profit organization Angels on the Border.

“Could not put it down […] until 3 in the morning”
“Seldom do I read fiction. But I read Gary Gatlin in three days. Could not put it down. Sometimes until 3 in the morning. It has human interest, adventure, humor irony, conflict, pathos, romance, tragedy, and suspense. And oh yes –intrigue. It leaves one on the edge of his seat waiting and hoping for what comes next.”

“As a lover of historical fiction, this book was a hit. As I was reading, I could easily see [myself] sitting in a movie theater and watching the action unfold.”